Check out this mention in Heavy.com

Playboy Magazine founder and sex icon Hugh Hefner has died of natural causes at the age of 91.

Hefner was an entertainment industry legend, creating the Playboy empire in 1953 and building it into one of the most recognizable brands in the world. Beloved and reviled, he has both been credited with sparking a sexual revolution and with co-opting feminism for the purposes of female exploitation.

The media titan made innumerable contributions to pop culture, from the legendary parties at the Playboy mansion, to the reality TV show that examined the daily lives of his three girlfriends.

Perhaps the most iconic is his ubiquitous burgundy smoking jacket, an essential part of any Hugh Hefner Halloween costume.

Here’s what you need to know about Hefner’s signature smoking jacket:

Gettycirca 1929: Warner Baxter (1891 – 1951 ) the distinguished American leading man who started his career on the stage and became a popular hero of silent melodrama although he was also successful in talkies. Pictured, sitting in a velvet smoking jacket, smoking a pipe.

The smoking jacket was born in the late 19th century. As imported Turkish tobacco became more popular, colorful silk or satin robes were designed for men to wear over their evening attire while retired to the smoking room after dinner, preventing their clothes from getting covered in ash.

Mid-thigh length, the jacket’s wide lapels easily caught falling ash, which would then slide off of silk or satin material.

Edward VII, the Prince of Wales at the time, commissioned a more casual, outerwear smoking jacket from Henry Poole & Co. on Saville Row, and the trend took off. Soon, men were having their portraits painted in smoking jackets instead of formal attire. Hollywood legend Fred Astaire was buried in a smoking jacket when he died in 1987; other famous fans included Cary Grant, Dean Martin and Frank Sinatra.

The trend didn’t fell out of fashion in the mid 19th century, but after Hugh Hefner rose to fame, his signature smoking jacket became synonymous with the Playboy brand. At the turn of the 21st century, designer brands like Tom Ford and Louis Vuitton attempted to stage a comeback for the elegant style, but without success.

GettyPlayboy Playmates Kendra Wilkinson (L) and Bridget Marquardt pose with Hugh Hefner at the premiere of The Travel Channel’s “Bridget’s Sexiest Beaches” held at the Playboy Mansion on March 10, 2009 in Los Angeles, California.

“I always wear black during the day – black is serious, for taking care of business,” he wrote in the Daily Mail.

His iconic look was immortalized in the Hollywood Wax Museum in 2001 complete with burgundy smoking jacket.

“I have 200 pairs of silk pyjamas,” Hefner told the Daily Mail in 2007, adding: “I also wear black velvet loafers, which are custom-made for me by Di Fabrizio in Los Angeles. I have 12 pairs.”

According to Hefner, he needed that many pairs of pajamas because he and his girlfriends would spend up to 12 hours a day in bed.

“We watch TV and movies, play games and listen to music. I have a six-foot high-definition TV, Xbox 360 and video projector. Everything is operated by a touch-screen panel next to the bed,” he said.

Hefner has become so synonymous with his signature pajamas that the occasions where he donned one of his 35 custom-made Armani suits were rendered disappointing.

After a while, the mogul realized he could wear his pajamas and smoking jacket all the time without consequences.

“I realised I could get away with it,” he said. “Then, of course, people were disappointed if they didn’t find me in pyjamas.”

Who wouldn’t wear pajamas to work if they could get away with it?

Cheap versions of Hef’s signature look abound online, and you can snag one for as low as $20 from retailers on Amazon or eBay.

For those looking to complete the look with black pajamas, a Halloween costume like this $55 gem from Amazon might be the way to go.

Then there are the die-hard fans who are looking for a near-perfect replica of Hefner’s famous jacket. If you’re deep in the pockets, this $450 beautiful jacket from Smokey Joe’s Clothing in Chicago might be just up your alley.

But fear not, authenticity is still in reach for the rest of us—the Historical Emporium sells this vintage velvet gem for a reasonable $130.

In April, Beth and Benini attended a French inspired dinner with 12 people.  How fun was it for us to wear matching smoking jackets!  Benini was AuCourant in his smoking jacket. 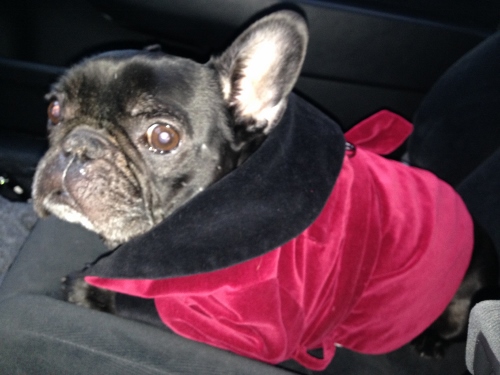 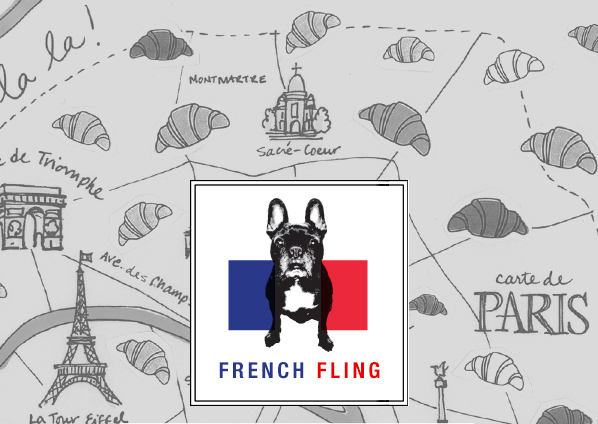 Nothing says Mardi Gras better than fun friends, food and a smoking jacket.  Up Down Cigar in Chicago hosted their 1st Mardi Gras party on the patio with costume contests, music and libations.  We can't wait to see what next year brings! 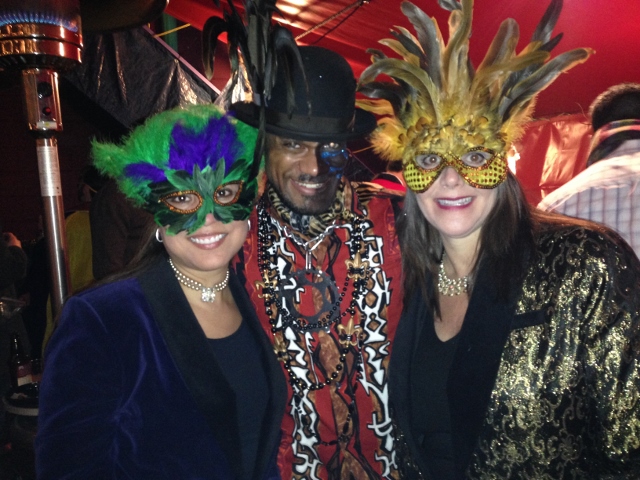 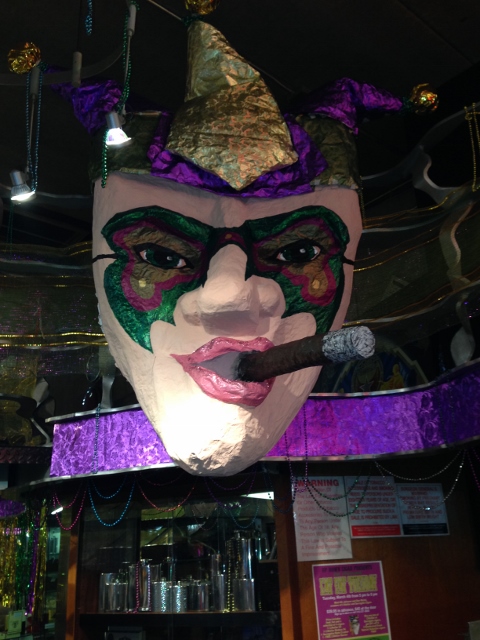 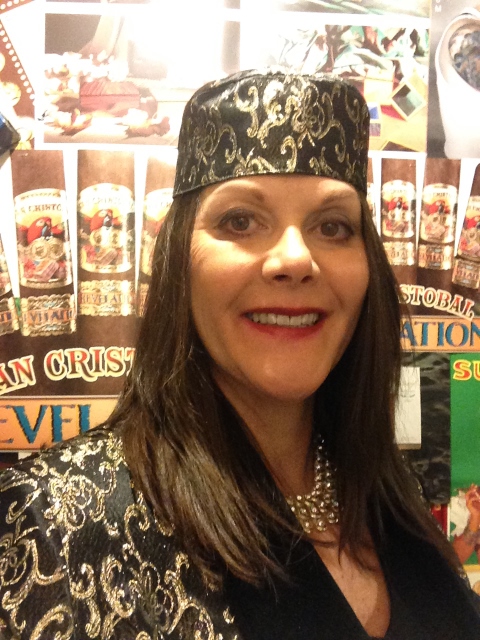 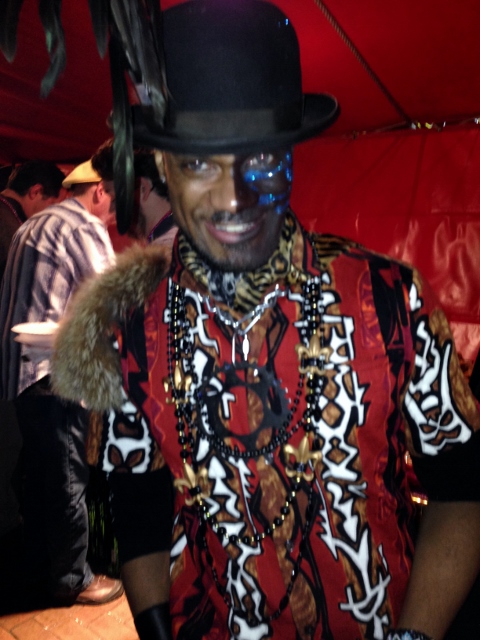 January 30, 2014 Smoky Joes attended the grand opening of Edison Park Cigars.  We had a great time meeting new people and showing off our smoking jackets.  The Smoky Joe's point is always in fashion. 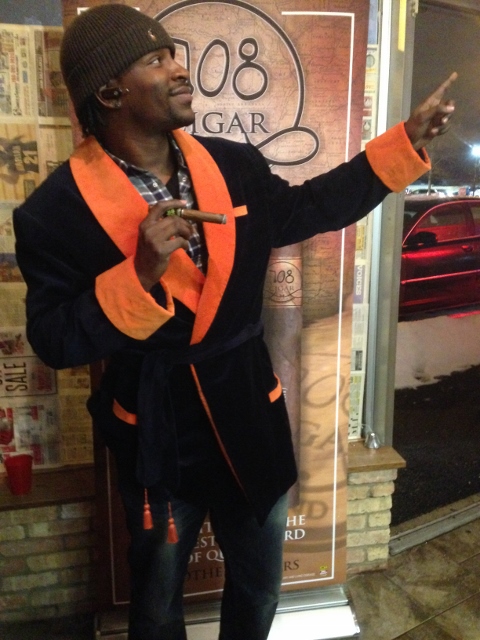 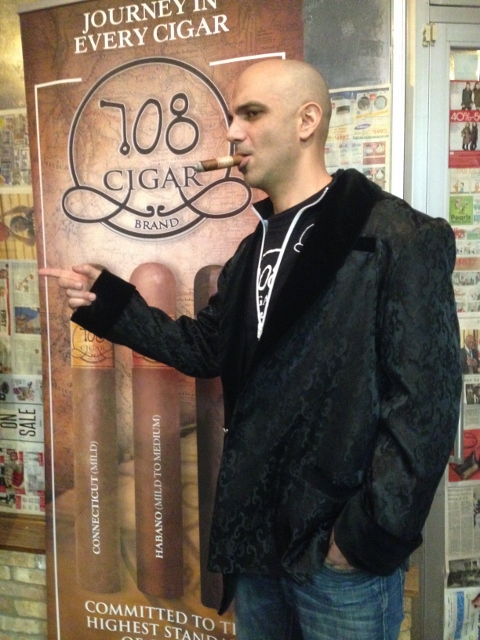 We had a great time with the CPCC at their January 2014 meeting.   Casa De Montecristo otherwise known as 8 to 8 cigars hosted the evening.  Pipes, the upcoming CPCC annual event and the talk of club hats created by Smoky Joe's Clothing were among topics of discussion for the evening. 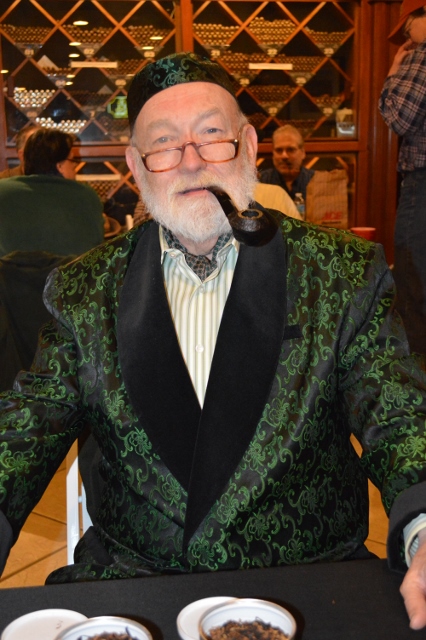 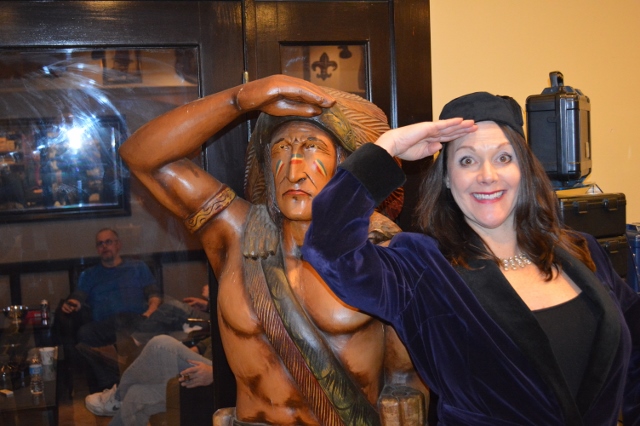 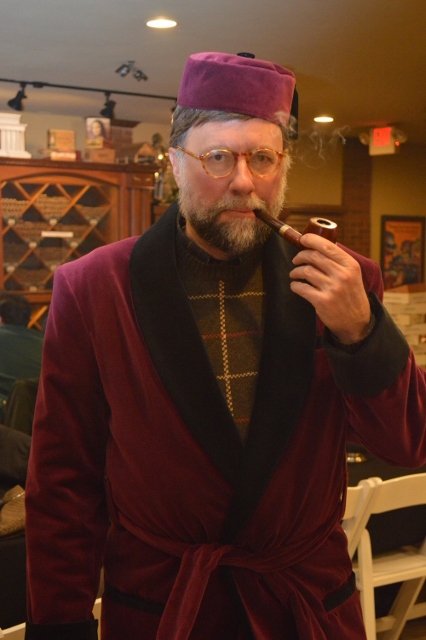 December 2013 together with Cigar King of Skokie, IL and our friends at Glenfiddich Scotch Wisky we toasted the holidays.  The Smoky Joe's cigar babes were in house to add to the holiday cheer. 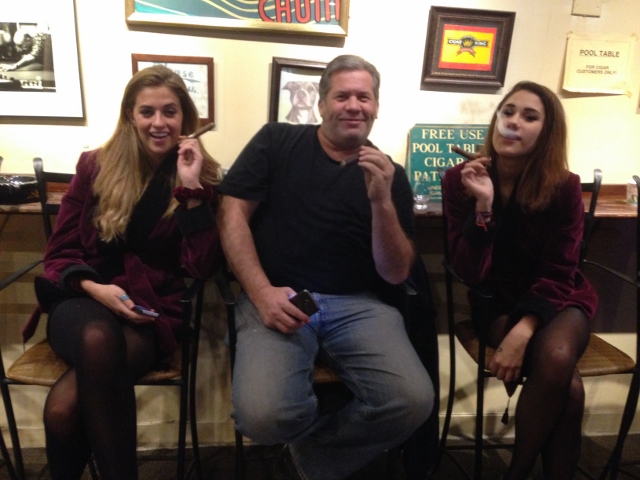 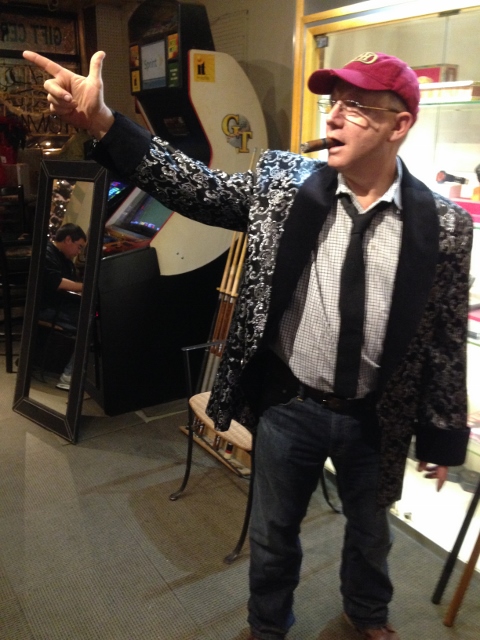 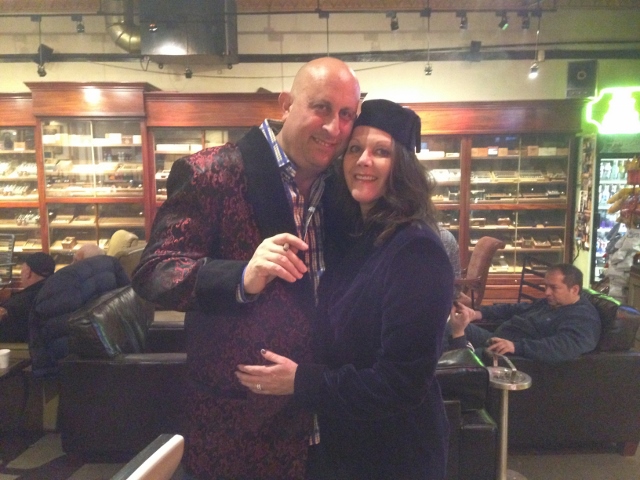 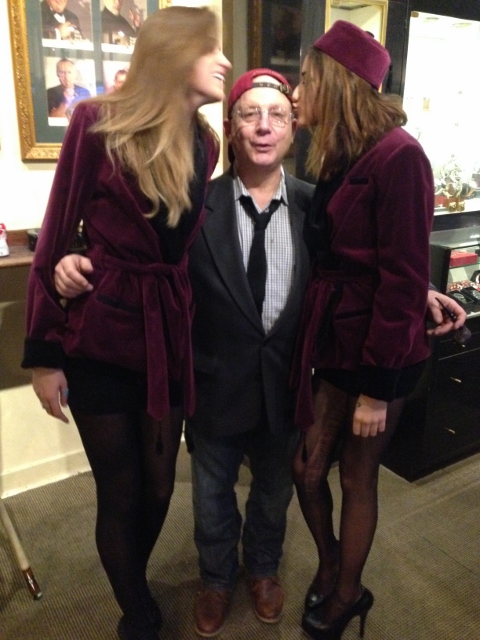 The Fall of 2013 brought us on the road to Milwaukee, Wisconsin for Brew City Cigar Fest.  A bunch of wild and crazy cigar afficianados and Green Bay Packer fans were in the house for this one night event. 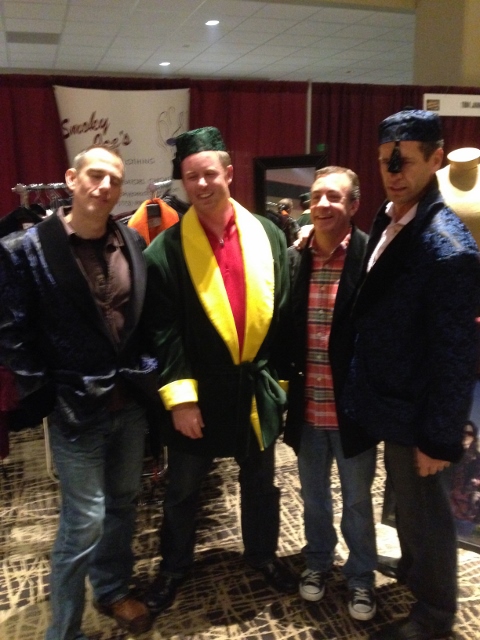 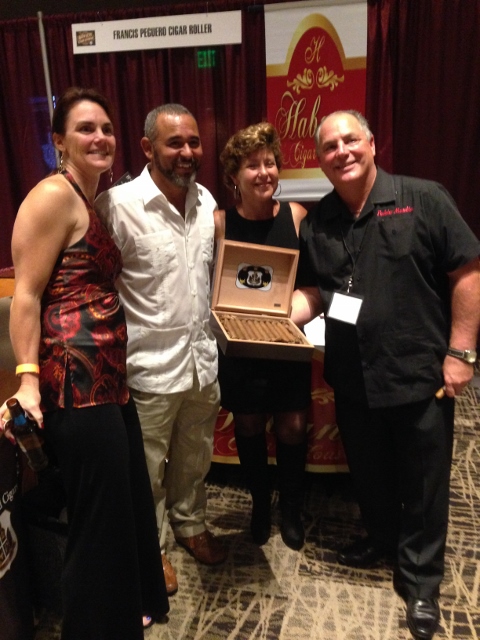 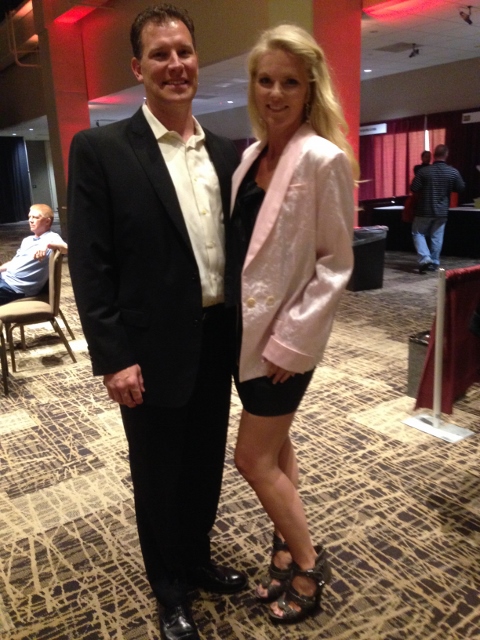 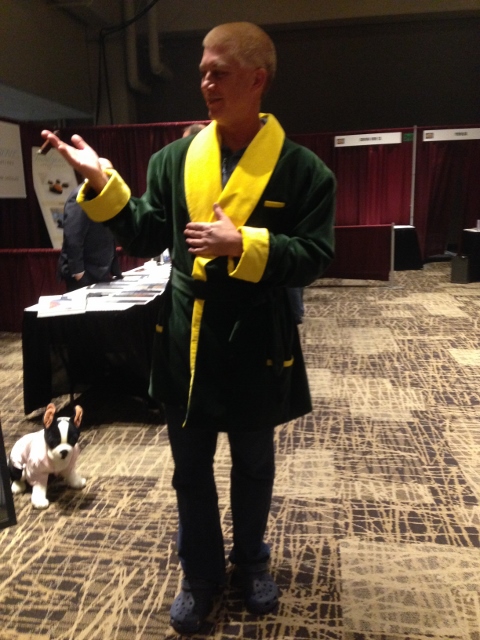 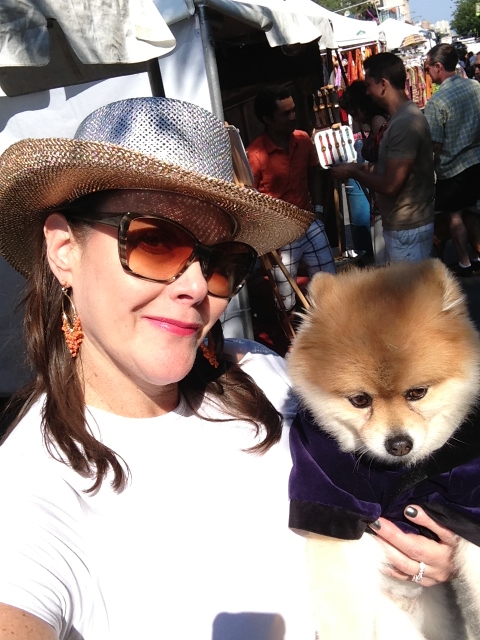 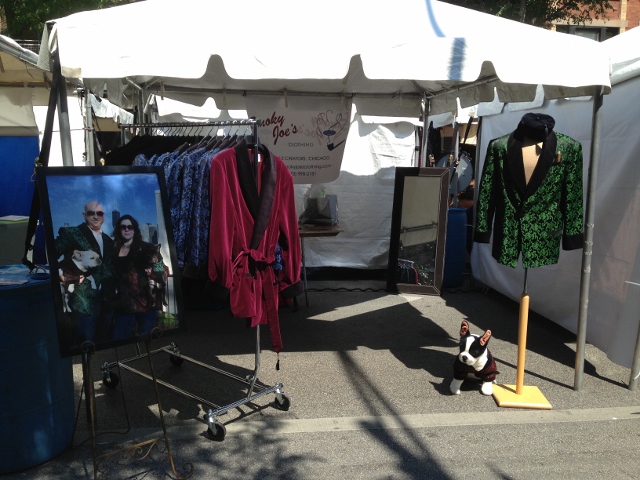 In July 2013, we headed to Las Vegas for the IPCPR trade show.  We met great people who loved our smoking jackets for men, women and dogs.  Photos don't lie how much fun everyone had. 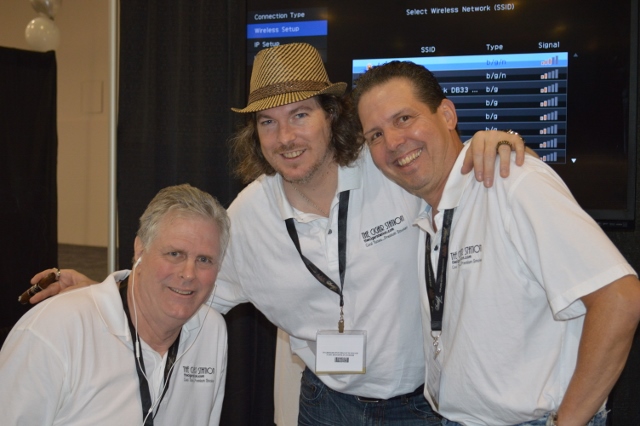 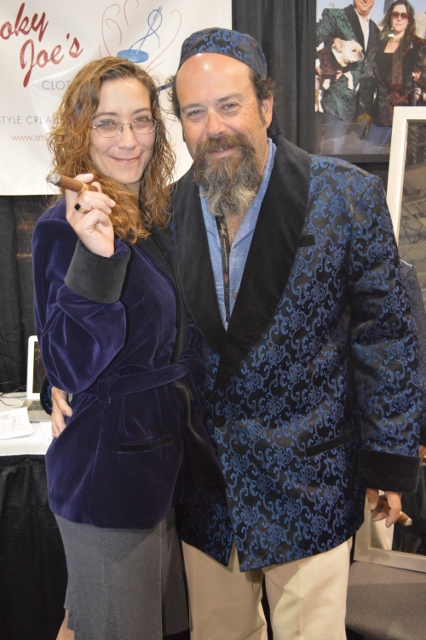 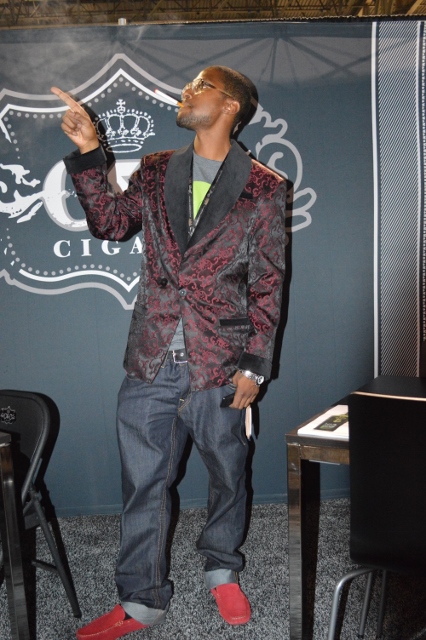 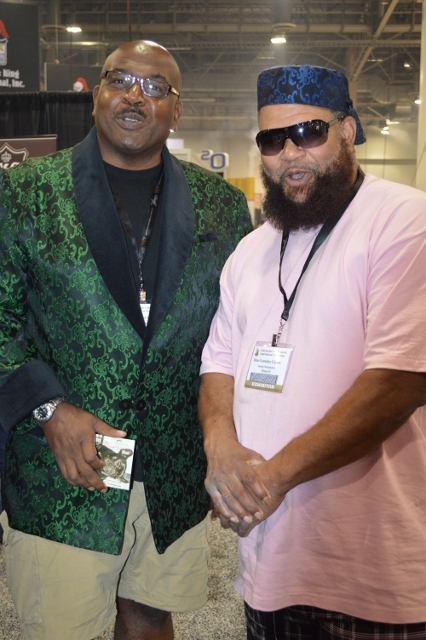 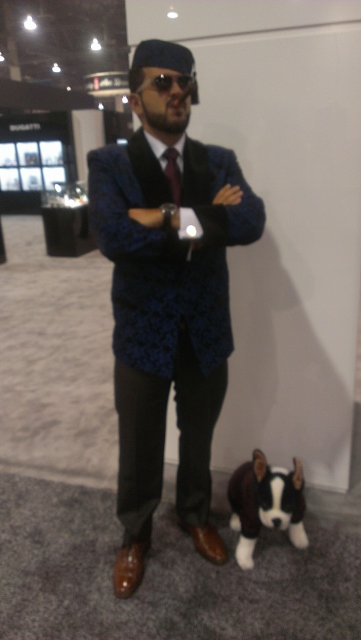 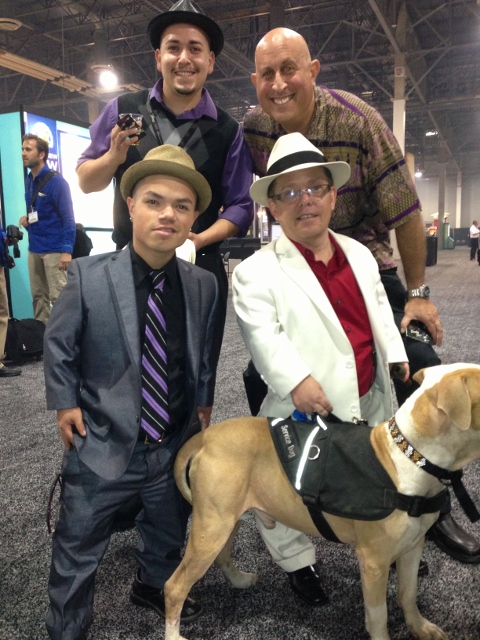 Yes, you sit with your arms resting on chair back.  There is also a drawer in the back to hold your smoking accessories. 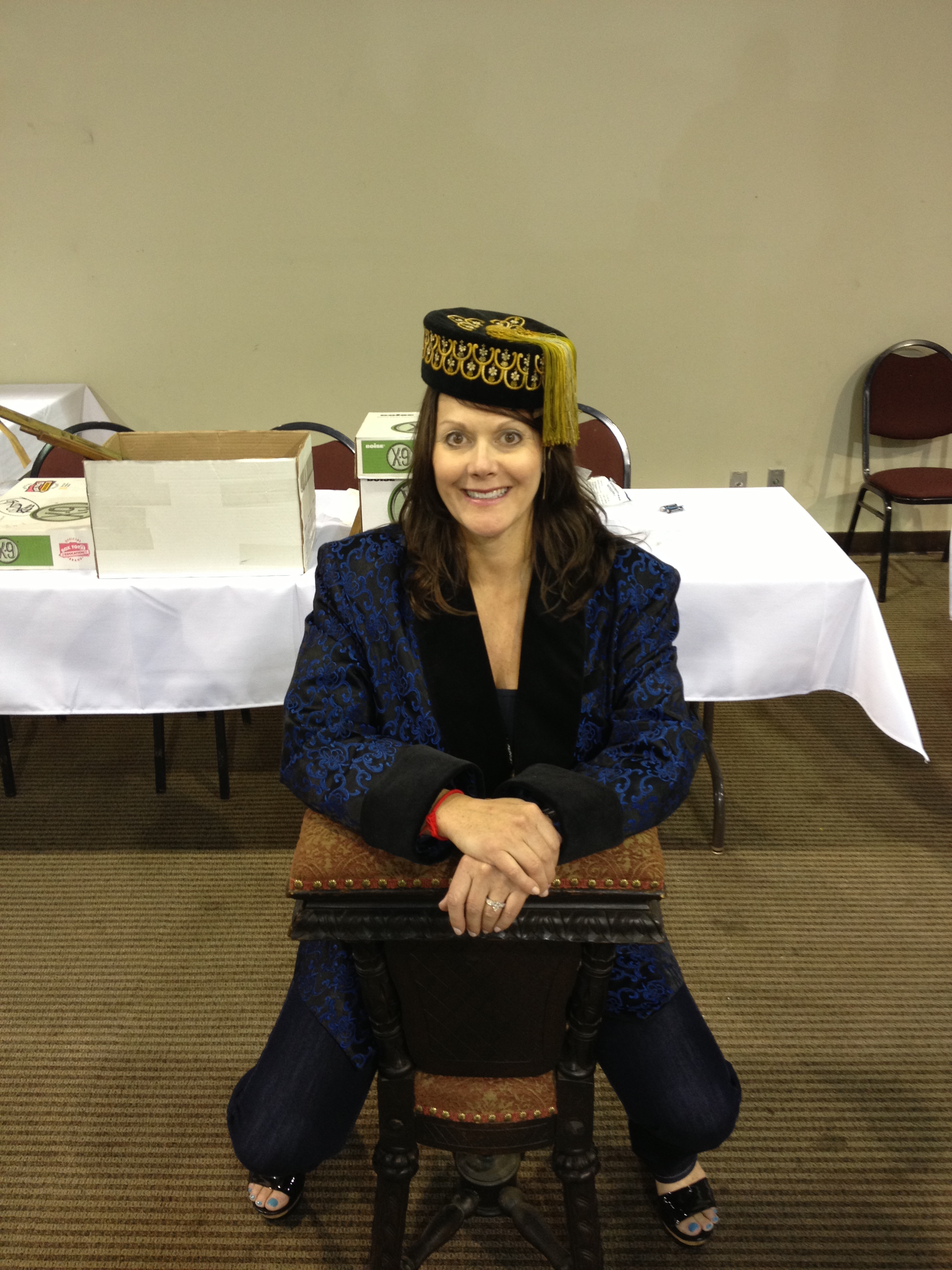